The number one selling point for a Hydraulic-Magnetic MCB is the ability to keep rated current in high (and low) ambient temperatures.

The picture illustrates this in a very easy way. If you, like in the example, install a thermal –magnetic 16A MCB side by side it will already at 30 degrees ambient temperature carry less than 11A. This is in many cases a well-known fact for electrical engineers. One solution to improve the situation slightly is to allow spacing between the MCBs so they are not heated by each other. The effect of this is however minimal and in many applications space is limited.

A way out of this problem is in many cases to use de-rating and choose a MCB larger than you actually need. In the example you might need to choose a 20A or even a 25A MCB. The impact of the cost for the MCB in this case might be neglectable. However in reality the impact is in many cases significant. This, because you need to adjust the whole system around the MCB to the higher rated current. Meaning larger cross section of cables, larger busbar systems etc. This then will have a significant impact of the total cost for the whole system.  In addition, the accuracy of the MCB will not be optimal since the current allowed will depend on the fluctuating temperature.

Since the Hydraulic-Magnetic MCBs are not affected by temperature they can be made thinner. 13 mm instead of 18 mm modular width allows for >30% more distribution points in the same space!

Another important factor, especially in today's world where we need to focus on sustainability, is that the Hydraulic-Magnetic products do not have a bi-metal strip that needs to be heated up and by that, create energy losses. In average, a Hydraulic-Magnetic MCB has 45% lower internal resistance which makes it a sustainable solution. 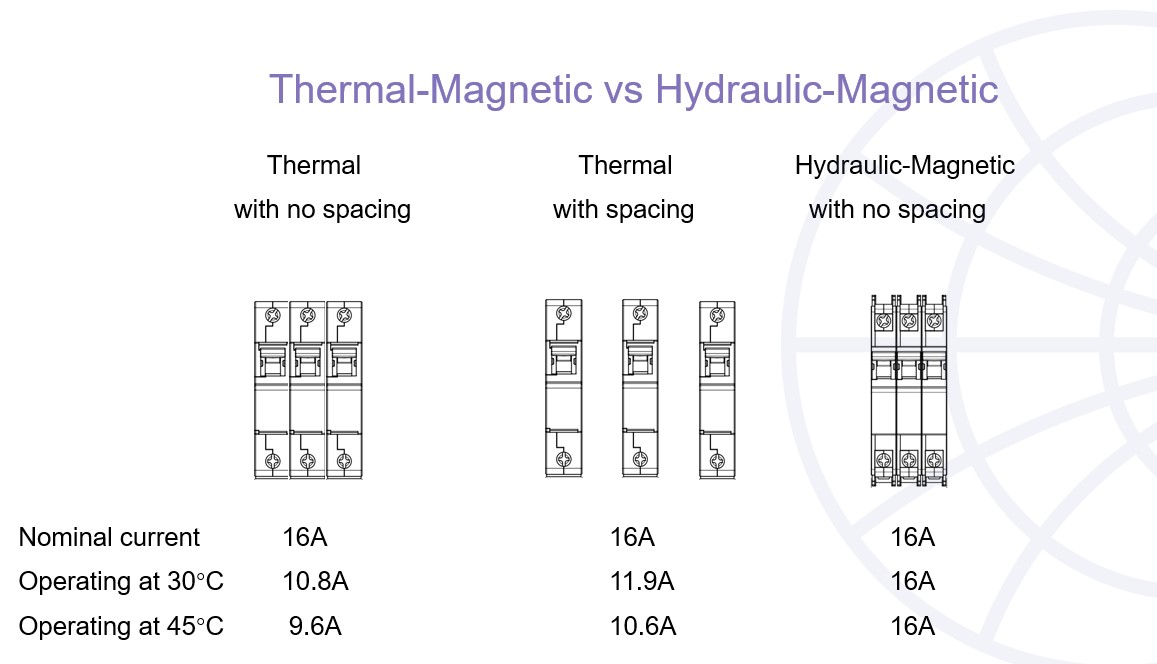